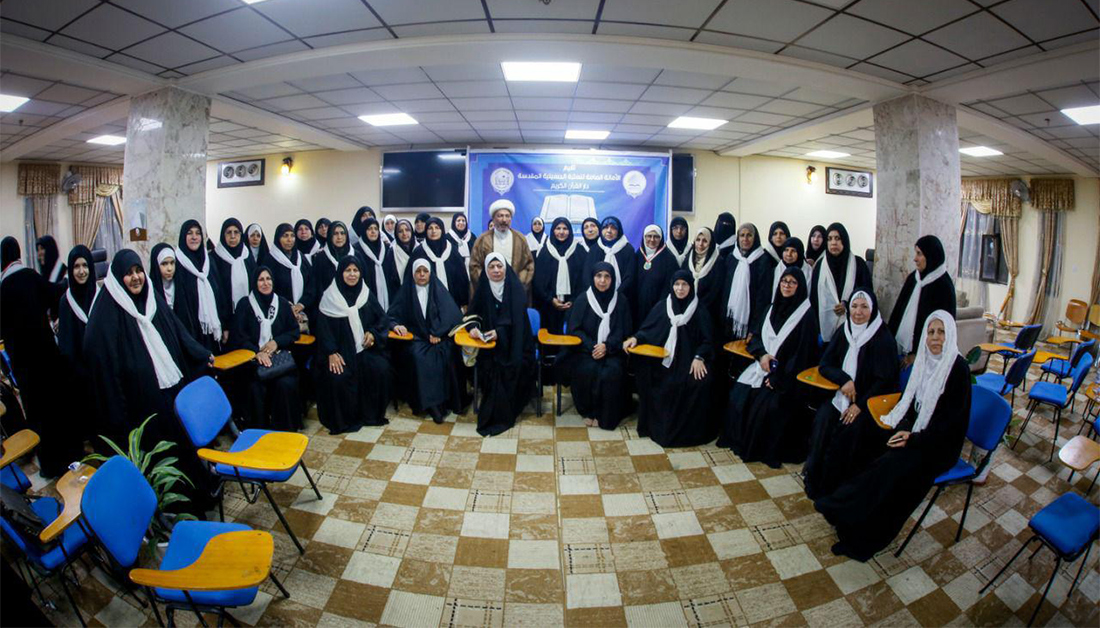 The Quran House of the Imam Hussain Shrine – Baghdad Branch – has completed two Quran courses: Qanitat (Obedient women of God) and The Golden Voice, and held a graduation ceremony for the new female graduates at the Quran House in the holy city of Kerbela.

He added that 60 female students of different ages attended the course, noting that the Quran House – Baghdad Branch – aims to attract talented people and employ them in the field of Quran to present the best Quran performance at national and international Quran contests.