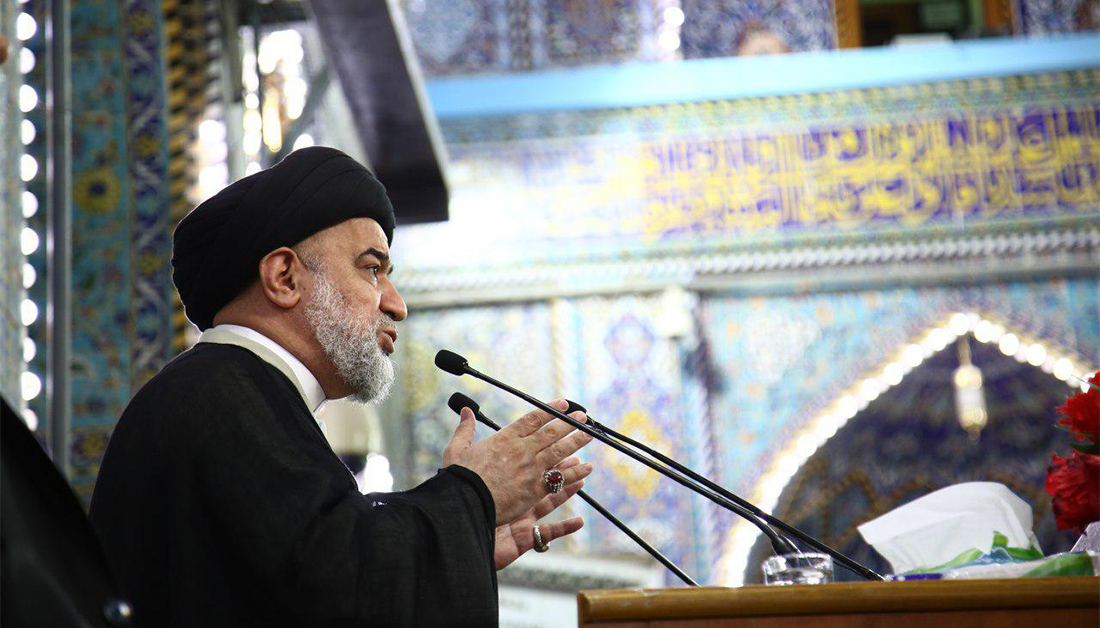 The representative of the Shia Muslim Supreme Religious Authority, sayyid Ahmed EsSafi, delivered the Friday’s sermon at the Imam Hussain Shrine on April 19, 2019 in which he talked about the necessity of having the general fundamentals of proper social education.

EsSafi said that education fundamentals are affected by the country’s culture, adding that such fundamentals that ensure a better life for the youth are sponsored by the government, families, or society.

He also said if people receive a good upbringing, they will enjoy fundamentals that enable them to deal with matters appropriately and be a helpful generation.

He indicated that it is important to instill self-confidence in people from childhood until youth, for people have potentials and talents they need to use to explore the secrets of life, and such people should not be disappointed due to failing to do a certain thing or by their environment.

EsSafi called for reinforcing patriotism through instilling self-confidence in people, noting that patriotism is an innate characteristic of people.

He noted that if a person is raised on patriotism, they will be keen to drive away any harm from their country and bring goodness to it, saying, “If a patriotic person occupies an administrative, political, economic, or social position, they will take care of their country and not need a lot of directives to do their job.

“A patriotic does not need advice to tell them how dangerous bribery is, for their love for their country prevents them from accepting a bribe before religion does,” EsSafi said further.

He concluded, saying that seeking to build the country is one of the fundamentals of proper social education, and Iraq has young people with great potential, noting that such young people have a great deal of inventions that benefit the country, adding that such type of social education indicates that people can still invent under harsh circumstances — these people should be taken care of and sponsored by the authorities concerned.

Video: Lighting up 1185 candles according to age of Awaited Imam Mehdi (May God Hasten His Reappearance)