Supreme Religious Authority: It is necessary to adhere to the medical advices and preventive measures against coronavirus without panicking 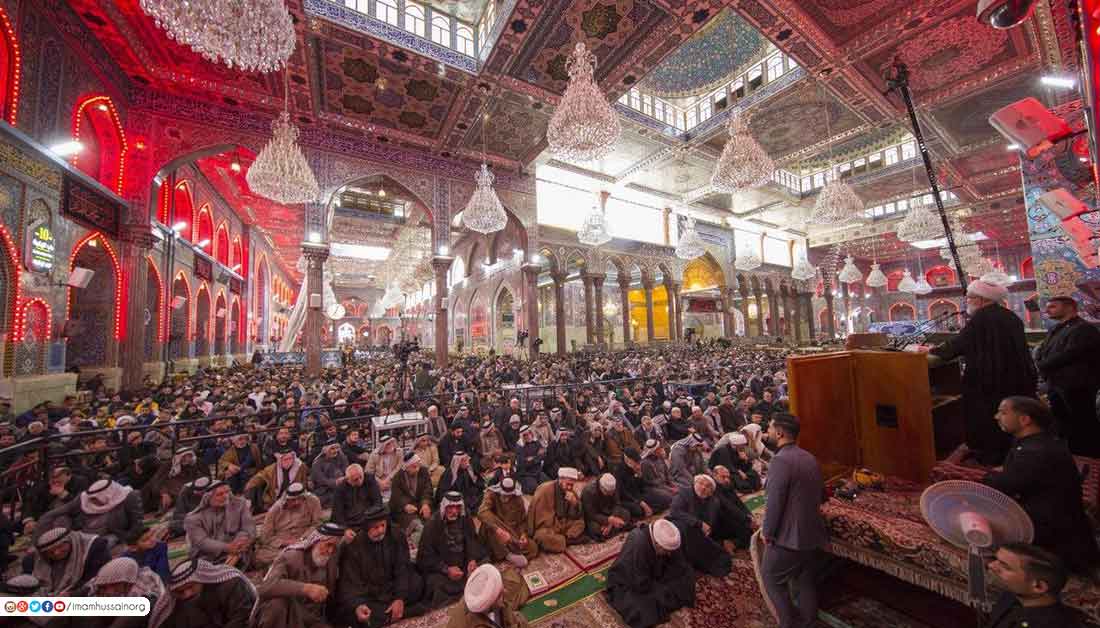 The representative of the Supreme Religious Authority in Karbala called on the necessity to adhere to the medical advices and preventive measures against coronavirus without panicking.

Sheikh Abdul-Mahdi al-Karbalaey stated during the Friday sermon, which was held at Imam Hussain Holy Shrine on February 28, 2020, “The spread of the virus in countries neighboring Iraq requires additional precautions, but without reaching a state of panic.”

“The novel coronavirus, according to various media outlets, witnessed a rapid spread even in developed countries with advanced medical capabilities,” stressing on the importance of raising health awareness by all media outlets, especially the influential social networks.

Al-Karbalaey called on all citizens to take preventive measures seriously and warned of listening to baseless matters being circulated that claim to have an effect on prevention or treatment.

The representative of the Supreme Religious Authority assured, “Our country has not reached a high level of danger and there is no reason to feel terrified of this pandemic, especially since this feeling may halt the human ability to deal properly with it.”

Sheikh Abdul-Mahdi al-Karbalaey concluded the sermon by calling on everyone to cooperate, including families, schools, universities, and governmental and non-governmental institutions, to achieve a national effort to prevent the spread of this pandemic.