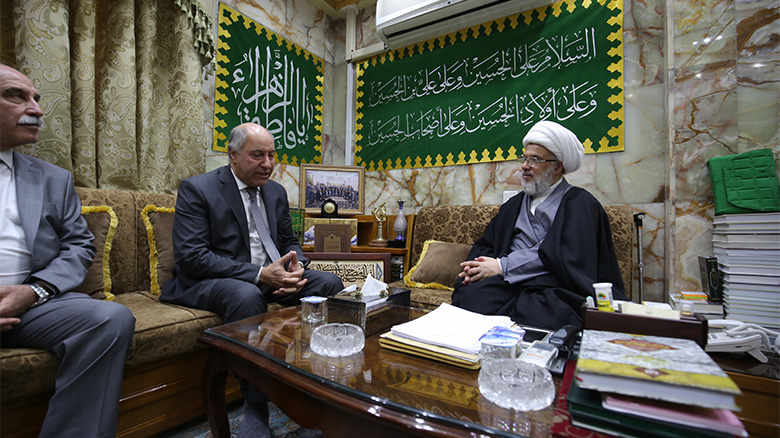 The Minister of Water Resources Hasan Ej-Jenabi has visited the representative of the Shia Muslim Supreme Religious Authority sheikh Abdul-Mehdi El-Kerbela’ey in terms of discussing the water crisis Iraq is facing.

Ej-Jenabi, during the meeting, said, “Complying with the recent directives of the Shia Muslim Supreme Religious Authority in terms of preserving water resources, we have discussed important issues and found some solutions that suit the status quo of Iraq.”

He also said, “We have taken international covenants from Turkey in terms of not causing Iraq any issue by reducing the water coming from Turkey into Iraq, but we don’t consider this as an achievement unless we experience the cooperation of Turkey with Iraq in this respect.”

He added further that the Ministry employed more engineers and experts in order to solve the issue of paucity of water that the southern cities of Iraq having been facing.