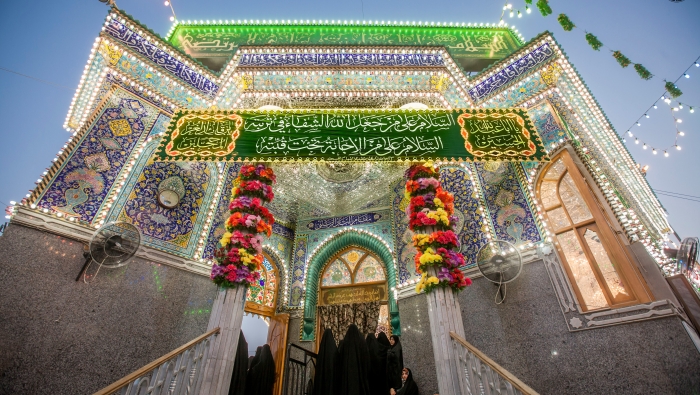 Al-Zaynabee Hill is the place where lady Zaynab stood and cried out to her brother Imam Hussain to secure her from Ibn Ziyad’s army who had flamed the tents their family were in, however,  she did not hear any reply because the army had slaughtered her brother.

The hill sets  ~10 meters west of the holy shrine of Imam Hussain and is noticed by pilgrims through its dome and the banner that carries “Asalamo Alaikey ya Zaynab Al-Kubra”.

Similar to an ancient house, the Hill held a bronze net and several metal candelabra. There were also some drawings that illustrated the Battle of Taf.

Hajj Abbas Al-Wakeel rebuilt the Hill by expanding and remodelling it with Karbala tile.

The General Secretary of the Holy Shrine of Imam Hussain developed the most-advanced reconstruction in 2004. The Hill was completely renovated by adding new interior marble walls as well as a pure silver net.

The Camp of Imam Hussain