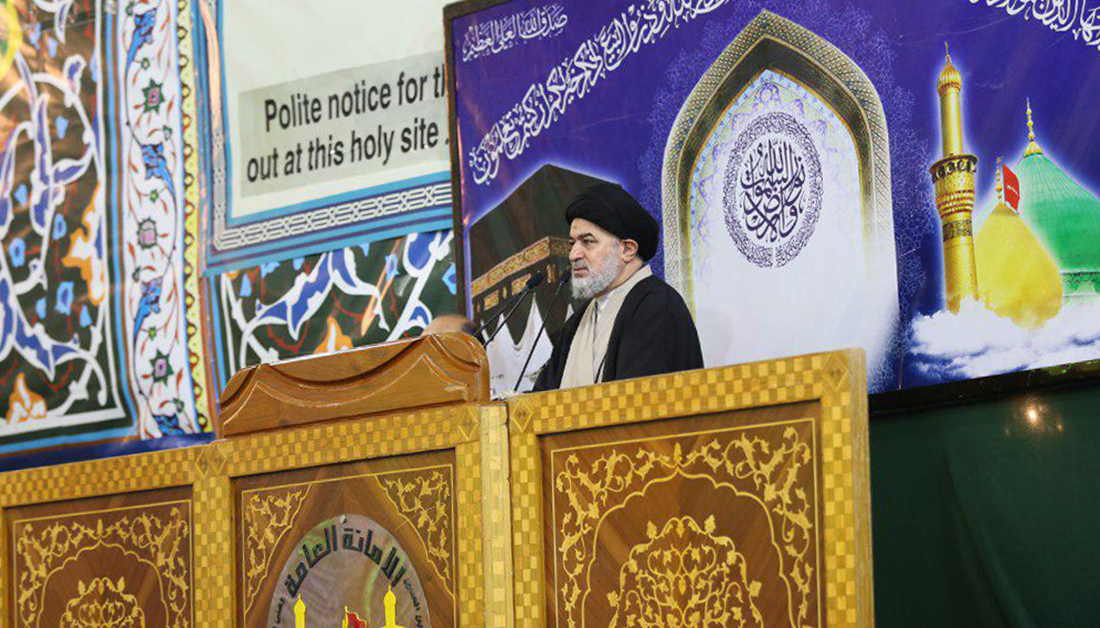 In Friday’s sermon delivered by the representative of the Shia Muslim Supreme Religious Authority, sayyid Ahmed EsSafi, on April 5, 2019, he talked about scientific modesty, as opposed to traditional modesty.

EsSafi said that “scientific modesty” is different from traditional modesty, noting that some of those who don’t appreciate science try to tackle complicated issues, in a certain field of knowledge, while they are not qualified.

EsSafi called on the Iraqi government, civil society organizations, families, and schools to reinforce the sense of appreciating science and avoid floundering.

He also said that some people don’t interfere in medicine, engineering, or other sciences, but they interfere in religious sciences, thinking that religious matters are easy to deal with. EsSafi added that religious matters are extremely difficult, and a cleric would spend his entire life studying to write his compilation of Islamic laws, while some clerics are hesitant and don’t write theirs.

EsSafi criticized those who attempt to prove that they are religion specialists and deal with religious matters in a way that depreciates science and others who disrespect clerics, Imams, and religious symbols, indicating that those who do such acts are inconsiderate and have no sense of scientific modesty.

He concluded, calling on the Iraqi government to distinguish between freedom and chaos, noting that God has created people as liberal beings who must respect one another.

Over one hundred Arab and foreign artists compete in Karbala