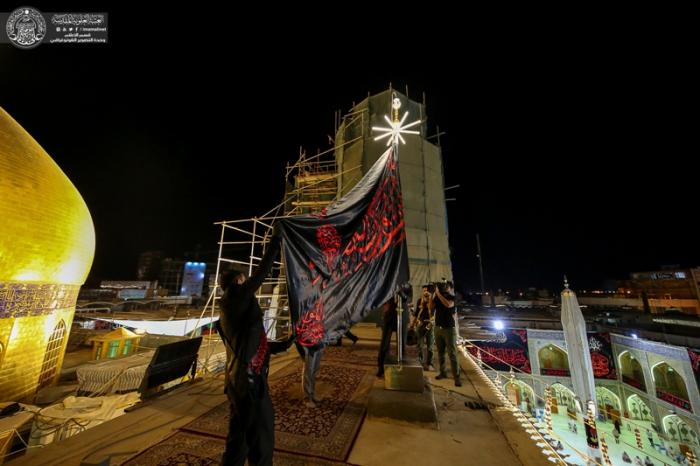 Imam Ali Holy Shrine has raised the black banner of sorrow over the holy shrine of the Commander of the Faithful, peace be upon him, on the occasion of his martyrdom anniversary, amid the presence of officials and a number of employees.

Secretary-General Youssef al-Sheikh said in his speech, "We raise the banner of sorrow to commemorate the martyrdom anniversary of Imam Ali ibn Abi Talib, peace be upon him. This banner also represents consolation, covenant and loyalty to his blessed biography.”

Al-Sheikh added, "The Commander of the Faithful was a great school, and from his life we learn mercy, love and sacrifice; we learn Islam as a religion, doctrine and stance; we learn to always say the truth whenever, wherever and to whoever; we learn asceticism and that martyrdom is a victory.”

Elegies were recited at the ceremony in honor of the sorrowful occasion.

The annual tradition is held on the eve of Ramadan 19, the day Imam Ali, peace be upon him, was struck on the head with a poisonous sword as he prostrated during prayer at the Great Mosque in Kufa, Iraq. 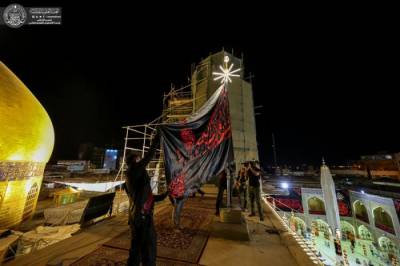 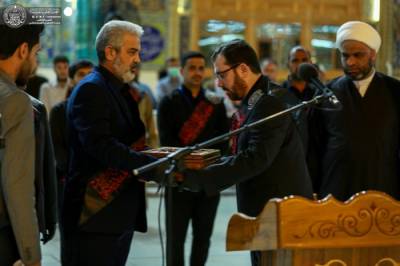 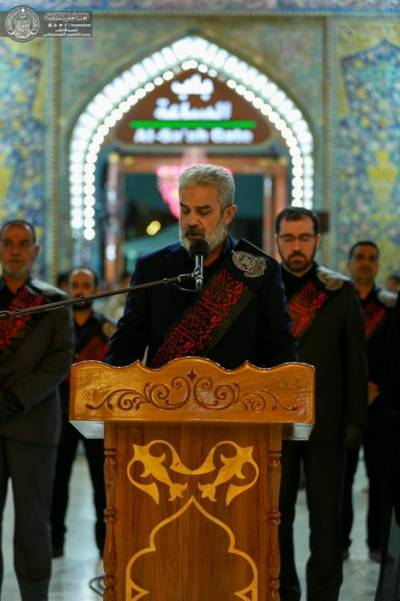 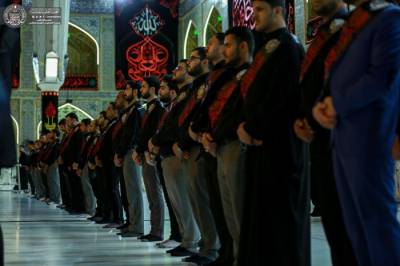 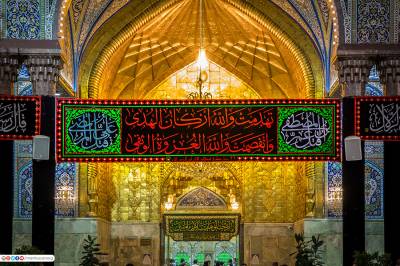 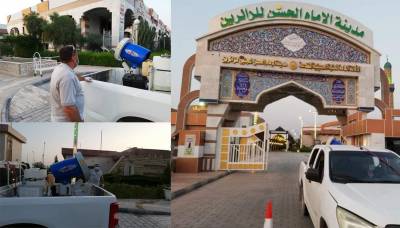