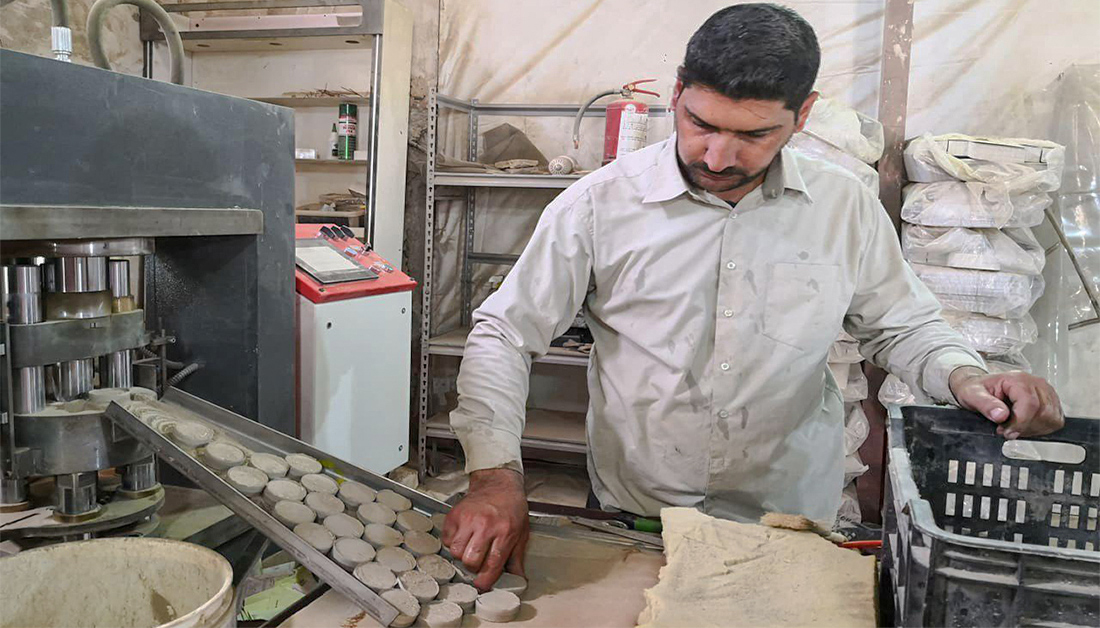 “The factory is dedicated primarily to the production of turbahs and misbahas for the holy shrines of Imam Hussain and al-Abbas in addition to special turbahs used for blessings and healing,” said Maan Lafta.

The supervisor mentioned that the turbah is made of the soil extracted from inside the holy shrine of Imam Hussain, where it is then filtered and mixed with al-Alqamee water from al-Abbas’ Holy Shrine.

“The factory produces more than 5000 turbahs in a single day.”

Researcher and scholar Sheikh Basim al-Hilli pointed out the significance of the turbah saying, “There are numerous traditions that indicate the inviolability of the turbah extracted from the holy land of Karbala. A proof of that would be that the consumption of any soil is impermissible in Islam except the turbah of Imam Hussain, which the Ahlulbayt confirm includes special healings.”

A turbah is a small piece of soil or clay, often a clay tablet, used during Islamic daily prayers to symbolize earth. Prostration upon the turbah, or any pure piece of earth not eaten or worn, is compulsory in Shia Islam.

Supreme Religious Authority addresses the youth, calls for embracing them

In Picture: Hands raised in supplication at Imam Hussain Shrine