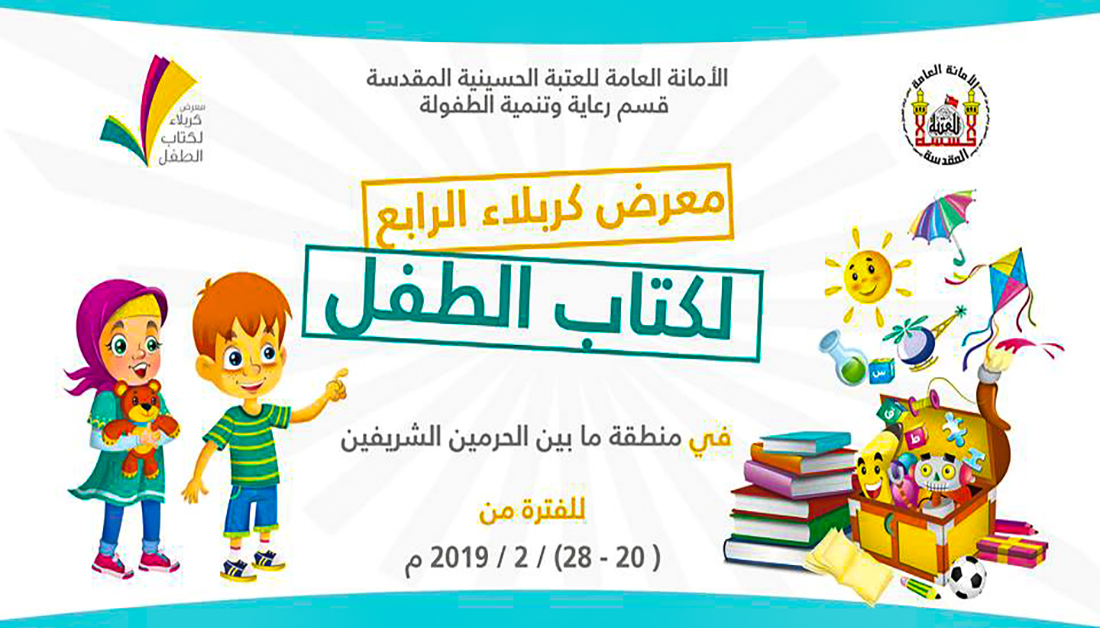 Arab and foreign countries will participate in the Fourth International Children’s Book Fair, which will be held by the Child Care Department of the Imam Hussain Shrine in the holy city of Kerbela on February 20, 2019.

The media committee of the fair stated that the participant countries include Britain, Kuwait, America, Lebanon, Jordan, Iran, Egypt, and Iraq.

The committee added that the fair will include stories, novels, brain games, and information technology.

The fair aims to increase educational awareness in children and introduce them to modern learning methods.