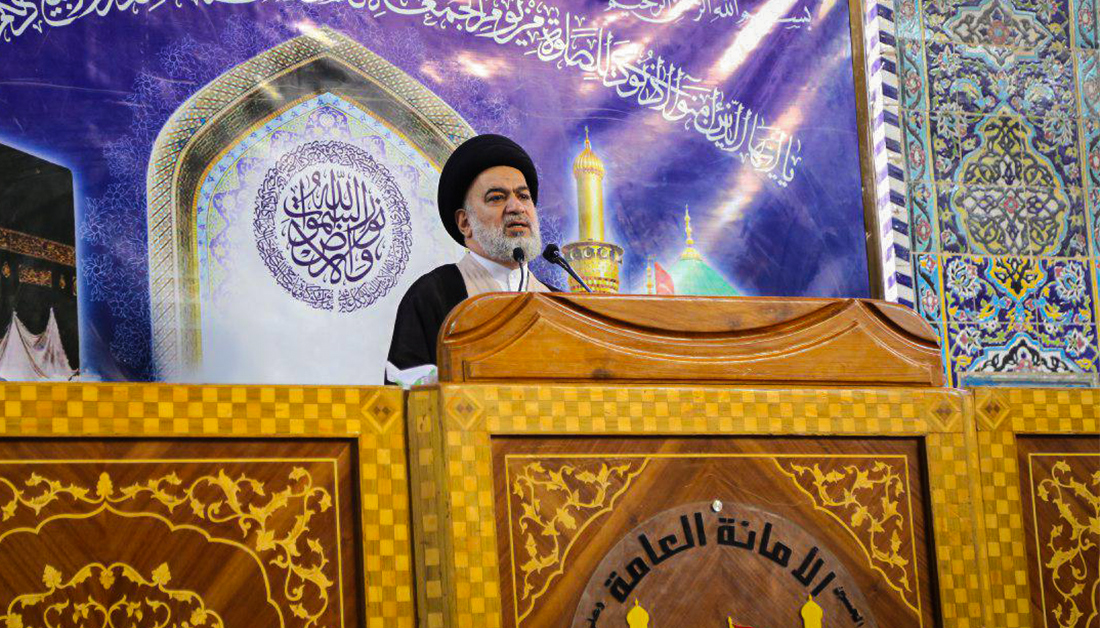 Sayyid Ahmed EsSafi, representative of the Shia Muslim Supreme Religious Authority, warned of an attempt to strip the Iraqi people of prudency.

EsSafi stated this warning during Friday’s sermon he delivered at the Imam Hussain Shrine on March 8, 2019, noting that this is one of the phenomena threatening the Iraqi society.

He said, “It is the society’s responsibility to face the phenomena that have recently emerged,” indicating that there is an attempt to make Iraq chaotic and render young people: men and women, shameless under the pretext of freedom, noting, “Prudence is intrinsic to life – there is no life without prudence.”

“Freedom is to respect others and oneself,” EsSafi also said.

He then called for immunity for the Iraqi society before it collapses, confirming that the Iraqi society enjoys a great pedigree, history, heritage, scholars, notable families, and great women who raised courageous men.

In Picture: The Abbas Shrine