President of House of Fatwa in Australia arrives in Kerbela 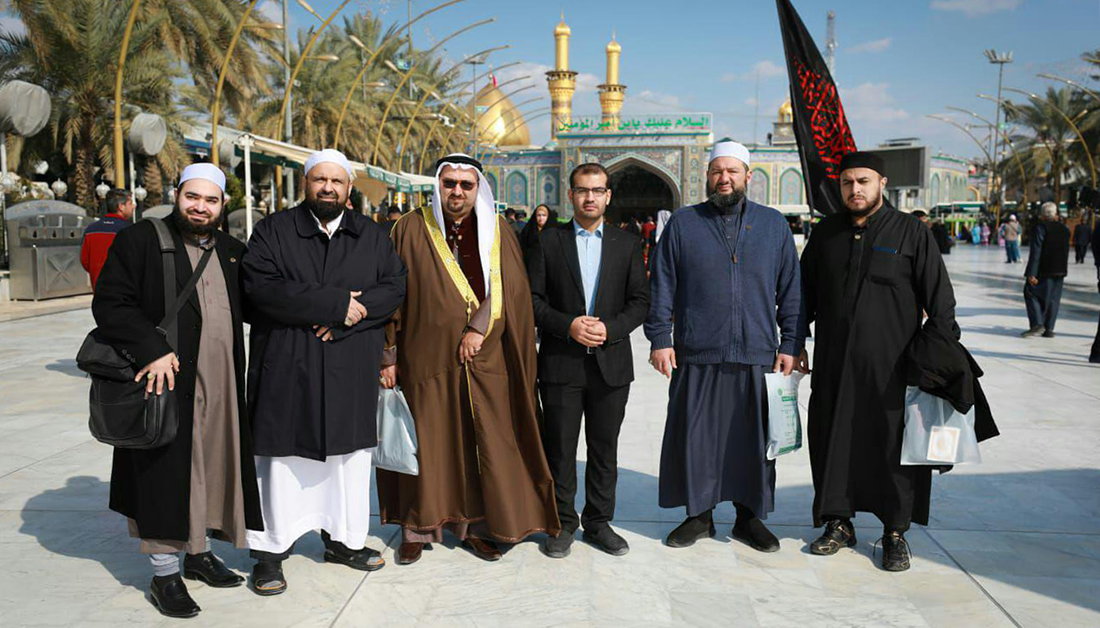 The Imam Hussain Shrine has welcomed the Secretary-General of the House of Fatwa and president of the Islamic Supreme Council in Australia, Dr. Seleem Elwan and his entourage.

The delegation included Dr. Tariq Mohammed Nejeeb; a university professor at the international university in Lebanon, and the head of a Haj organization and Umrah (minor Haj), Mohammed Farooq Elmesh-hedani.

During the visit, the delegation toured a number of construction, service, and cultural projects the Imam Hussain Shrine, Museum, Quran House, and Imam Hussain Quranic Complex have achieved.

Dr. Seleem Elwan expressed his appreciation about the Quranic projects, commending the Imam Hussain Shrine's efforts to initiate such projects inside and outside Iraq.