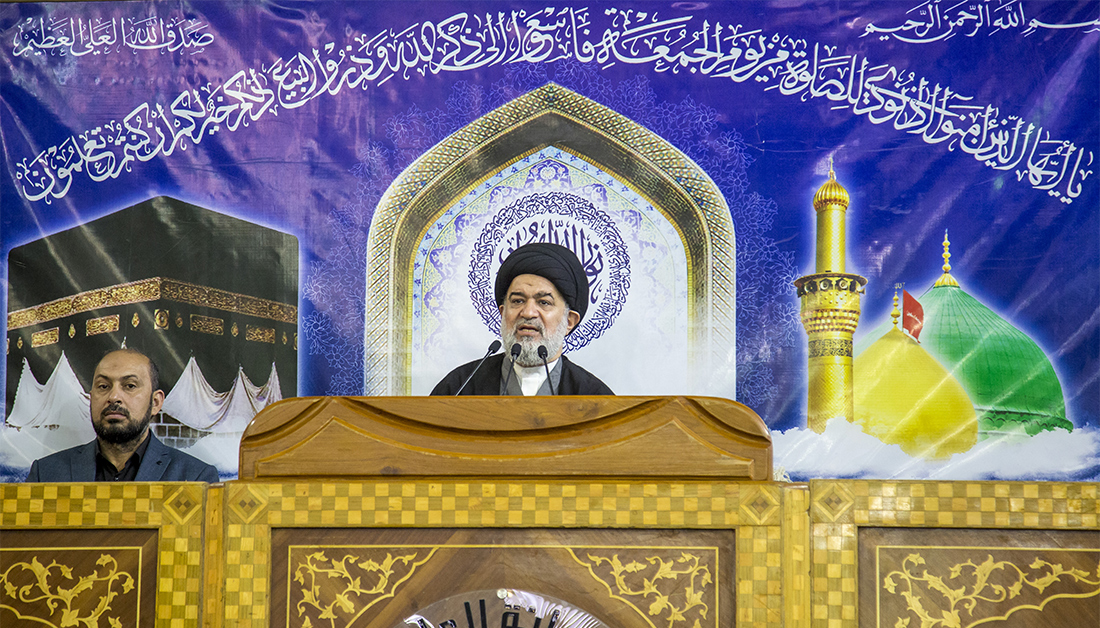 The representative of the Shia Muslim Supreme Religious Authority, sayyid Ahmed EsSafi, warned of the issues prevailing in the society, in Friday’s sermon he delivered at the Imam Hussain Shrine on February 22, 2019.

He indicated that if everyone takes the responsibility of facing the negative issues in the society, all the problems will be solved. He added that if people don’t feel the responsibility and don’t realize it, the situation will remain – and there must be a solution for that.

He said further that the society must stand together to solve their issues, especially the issues that have come into the society and been disintegrating family bonds and education, and people have begun to care less about that – and giving up means that issues will prevail.

EsSafi warned of those issues, saying, “Letting our issues prevail means we are plunging into chaos.”

He continued, “Realization and maturity need to be reinforced—not everyone who says they are mature is true; maturity is to comprehend the condition we are living – and it has nothing to do with the academic degree; being mature to tackle the society’s issues indicates discernment and civility.”

“Teachers, fathers, and older brothers must be respected,” EsSafi added further, noting that problems can sometimes be tackled through law, and sometimes through ethics, customs, and religion.

He then wondered, saying, “No-one can deny Iraq’s history, customs, religion, and law—what has happened?” noting, “If customs and law are dispensed with, how bad the situation will be?”

He considered that chaos is the absence of law, which can be done by a lawman breaking the law, a person with customs violating the customs, or a cleric infringing religion.

EsSafi concluded by calling on people to re-embrace their religious, legal, and customary values in a way those values should not contradict – noting that law is absent, and the society’s conditions requires that everyone should take the responsibility to protect it.

President of House of Fatwa in Australia arrives in Kerbela