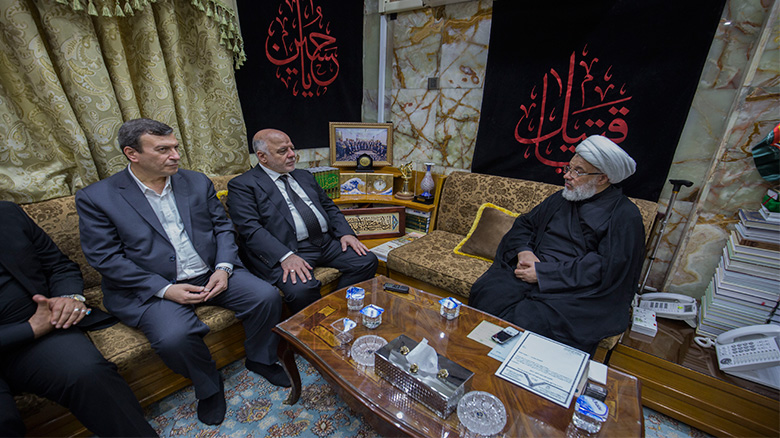 The Iraqi Prime Minister Haider El-Ebadi – during a visit he made to Imam Hussein Shrine on the day of the Arba’een pilgrimage – was received by sheikh Abdul-Mehdi El-Kerbela’e, presentative of the Shia Muslim Supreme Religious Authority.

During a meeting, El-Ebadi informed El-Kerbela’e about the procedures the Iraqi government took in terms of facilitating the Arba’een pilgrimage.

He also discussed some issues that Iraq has been facing such as the improvement of the security status.

It is worth mentioning that the holy city of Kerbela has recently received approximately 14 million pilgrims who came to commemorate the Arba’een anniversary of Imam Hussein (Peace Be Upon Him).