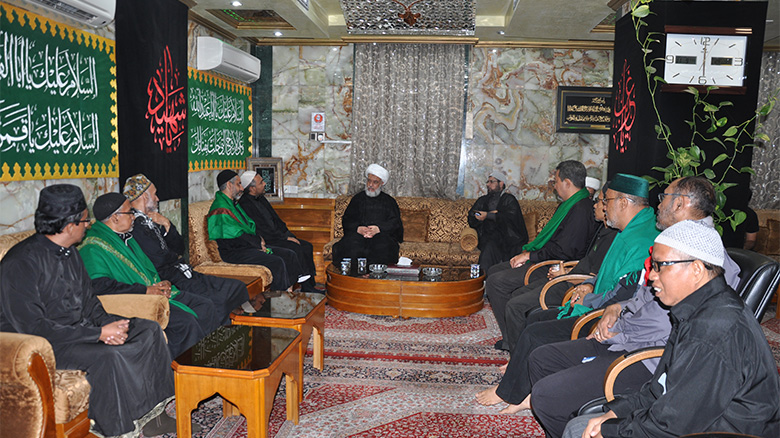 An Indonesian scholarly delegation came to the holy city of Kerbela in order to commemorate the Arba’een anniversary of Imam Hussein (Peace Be Upon Him).

During their visit, they met up with sheikh Abdul-Mehdi El-Kerbela’e, custodian of Imam Hussein Shrine, and discussed important matters, such as strengthening the relations between Iraq and Indonesia, cross-fertilizing ideas, and exchanging expertise.

The members of the delegation run religious foundations, schools, and institutes in Indonesia. They explained the activities of the religious education centers and the obstacles they face while achieving their projects.

El-Kerbela’e welcomed the delegation and their initiative, and gave them some instructions such as strengthening the social relations, signifying the importance of avoiding disputable issues between the Islamic denominations.

He added that it is important to help the orphans and the poor, in addition to taking care of Arabic, memorizing the Noble Quran and the rules of reciting it.

The Indonesian delegation came with a group of 700 Indonesians, which is considered the largest in the whole Arba’een pilgrimage.

Pilgrim cities host more than 7 million pilgrims during the Arba'een