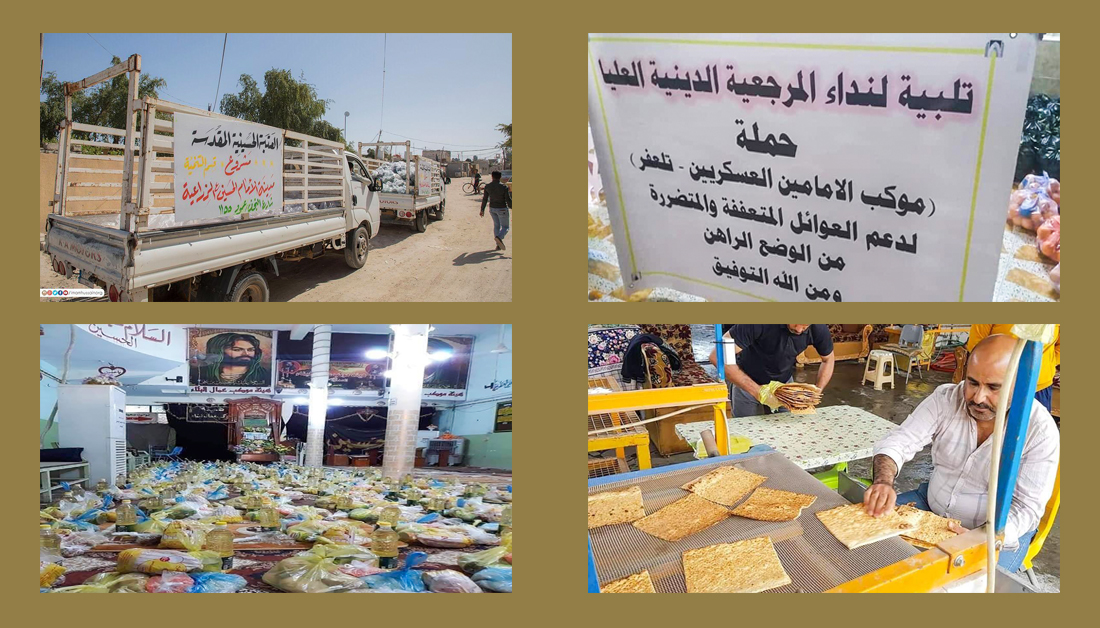 Upon reading the directives of the Supreme Religious Authority on solidarity towards the poor and needy, holy shrines, institutions, and ordinary citizens extended their arms to all who need them — from Iraq’s north to its south – as if the catastrophic coronavirus and curfews are a battle not against disease, but against poverty as well.

Imam Hussain Holy Shrine established several initiatives for solidarity, where the Refectory began to send aid convoys of food to a number of Iraqi provinces.

Refectory manager, Mustafa Abu Dakah, said in a statement, "Imam Hussain Holy Shrine, under the direct guidance of Sheikh Abdul-Mahdi al-Karbalaey, has distributed over 17 thousand food baskets – each containing dry foods, bread and vegetables – to poor families in Karbala and a number of other Iraqi provinces."

The Holy Shrine’s Agricultural Development Department also distributed four tons of vegetables to poor families in Karbala after the government imposed the curfew.

At the same time, the al-Abbas Holy Shrine launched many campaigns and initiatives dedicated to support the poor and needy families during these difficult times.

Meanwhile, residents of Karbala have also extended a helping hand.

Aqeel al-Asadi, a local bakery owner, said, “Since the start of the curfew, our bakery has been producing 40-50 thousand loaves of bread daily and distributing it to the poor families.”

“This is our duty towards our people in Karbala,” added al-Asadi.

On March 21, a recommendation was issued by the office of Grand Ayatollah Sistani, in which he urged all people to contribute to providing the basic needs for the poor families.

Imam Hussain Holy Shrine is not limited to distributing food, as it has also assigned medical staffs to sterilize streets, in addition to placing Sayyed al-Awsiya City for Pilgrims at the disposal of the Ministry of Health. 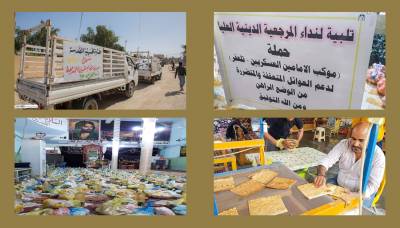 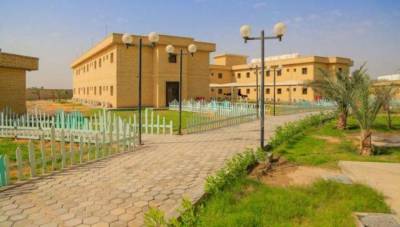 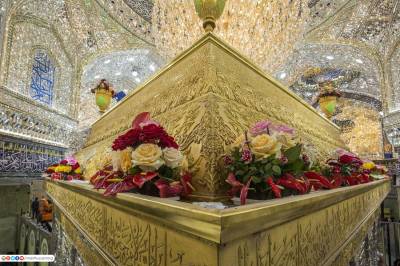