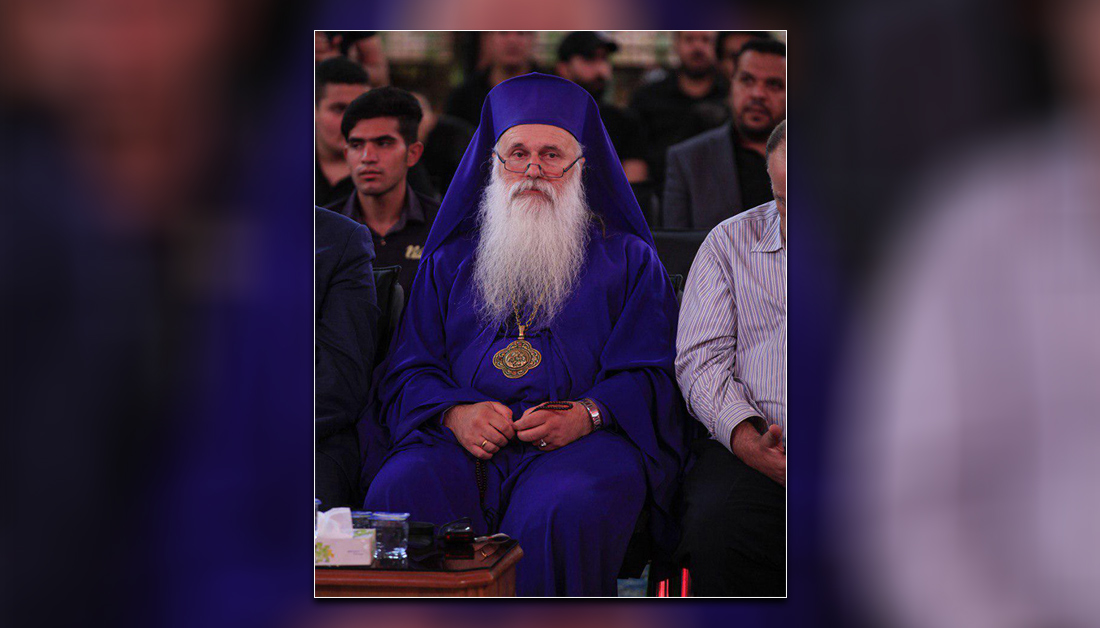 An Archbishop from the Republic of Georgia—who has recently visited the Imam Hussain Shrine—expressed his feelings of the moment he entered the mausoleum of Imam Hussain for the first time in his life.

Dr. Malkhas Songulashvili, from the Georgian capital of Tbilisi, delivered a speech at the Sixth International Tarateel Sejjadeya Festival in which he said, “The first time I came to Kerbela—with a pastor from Georgia—was in the month of Ashura in 2014, and the moment I entered the mausoleum (where the lattice-enclosed tomb of Imam Hussain is), I felt there was a relation between the Christians and the Muslims.”

Songulashvili added, “In my other visit, I came to know the martyred one who had been killed by the Euphrates River—the one who was mentioned in the Holy Bible.”

He continued, “Today, I’m standing inside the shrine of the martyred one who and whose companions had been martyred in this place—close to the Euphrates River.”

“Who are we, and what are we doing here?” and “what’s the real purpose of life?” Songulashvili wondered, indicating that the two questions are among the most significant ones people ought to be frank with, noting that the Treatise on Rights by Imam Sejjad can answer those questions.

He then mentioned that Imam Ali, son of Hussain—known as the Sejjad (devoted to prayer)—is the fourth Shia Muslim Imam who had witnessed the massacre in Kerbela, and was the one who wrote the Treatise on Rights.

One of the most precious works the family of the prophet of God, Ibrahim (Peace Be Upon Him), offered was the Treatise on Rights, Songulashvili said further, noting that the Imam offered a work (Treatise on Rights) that aims to build a society that conforms to social justice and love in order to establish harmony between God and humans, as well as among humans, and to enable each individual in the society to individually deal with their Creator, family, society, government, and teacher.

He clarified that the Imam determined 51 divine rights that fall into 7 categories: The rights of God, rights of the self and the body parts, rights of worshipping rituals, rights of the ruler and the country’s people, rights of family members and relatives, various rights of people, and rights of funds. In addition, he said the Imam wrote each right eloquently—some rights he wrote with a touch of poetry and elegance.

An essential right in the society, Songulashvili also mentioned, was the right of mother. He deemed it one of most beautiful rights toward motherhood.

It’s worth mentioning that the festival is held every year in memory of the martyrdom of Imam Ali Sejjad (Peace Be Upon Him), and this year’s festival carries the title, “Social Justice in the Treatise on Rights by Imam Ali Sejjad (Peace Be Upon Him).” The festival has been attended by remarkable figures from 14 countries: Britain, France, Finland, Germany, Ireland, Georgia, India, Malaysia, Turkey, Morocco, Libya, Tunisia, Algeria, and Lebanon.