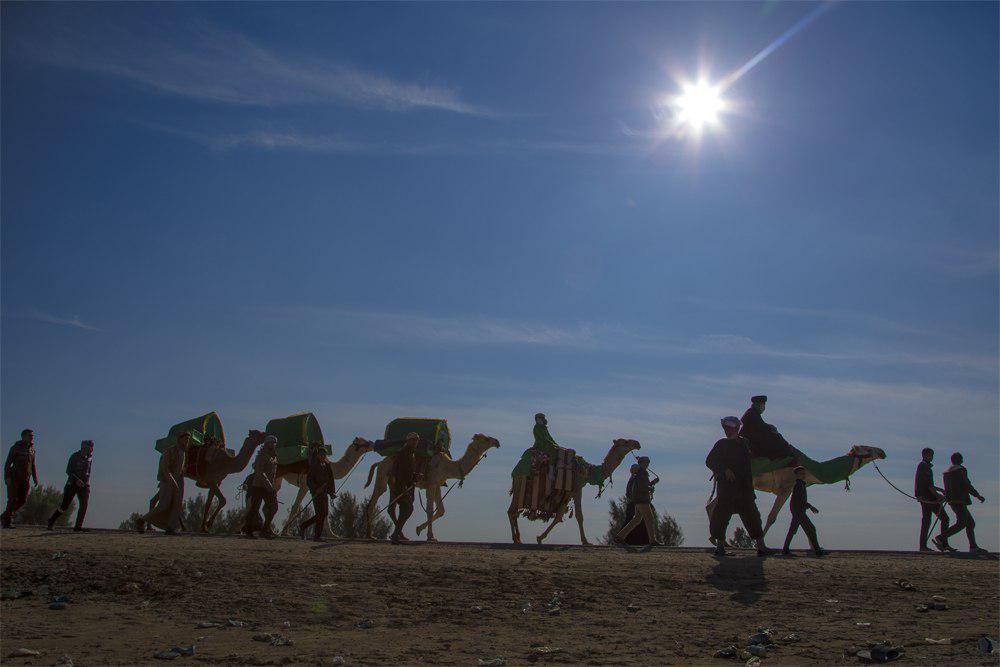 Humanity has been provided with many lessons to learn from the events at Karbala. It is a source of divine enlightenment and a true road to the salvation of mankind.

In one of his speeches, Imam Hussain (peace be upon him) said that the authorities in Kufa had given him only two options: humiliation or death. He carried on saying, “And we do not accept humiliation.”

A tradition reported by Imam Sadiq (peace be upon him) records that, other than not accepting humiliation, Almighty Allah has given to believers a choice in all matters.

This means thinking independently and being just in one’s judgments, not simply following others blindly and keeping one’s eyes closed. On the day of Ashura, Imam Hussain addressed Yazid’s troops (may Allah remove His mercy from them): “O followers of Abu Sufyan! If you are not following the teachings of Islam, then as freemen, be independent of judgment. On what basis do you fight me now?”

A Deeper Understanding of Death

Few people desire death. The Holy Qur’an challenges the Jews for not welcoming death in view of their alleged special relationship with Almighty Allah. Imam Hussain deepened our comprehension of death by drawing attention to the three points below:

•  Death with dignity is preferable to a life lived in humiliation.

•  Dying for the cause of Islam is martyrdom and a great honor. In his farewell to relatives in Madina, the Imam said: “Whoever joins us will be martyred, those who remain behind will miss the victory.”

Desertion is discouraged via military court martial and firing squads. A commander has never given troops permission to evade the battlefield before or after Imam Hussain. The Imam himself would like them all to be aware of the consequences of the impending action before any accepted the challenge.

Imam Hussain announced: “Don’t you see that truth has been replaced by falsehood? We must be prepared to sacrifice everything that is precious in support of Truth!”

Truth is the essence of Islam and fortifies the values emphasized in the Holy Qur’an. Hadrat Ali Akbar asked his father: “Are we not on the right path?” The Imam replied in the affirmative. Hadrat Ali Akbar then said: “Then, it makes no difference if death comes to us or if we approach death.”

Never Too Late to Repent

Hurr al-Riyahi, the first commander to surround Imam Hussain’s troops and prevent their access to the water of Euphrates, provides an excellent illustration of repentance. Regretting his action, he asked Imam Hussain if his repentance would be accepted. The Imam told him that it is never too late to repent. Hurr joined Imam Hussain’s camp and was honored by being one of the first martyrs.

Fidelity is a characteristic admired by all. If friends meet in times of comfort and wealth but leave when hardships and difficulties strike, it is clear that their friendship is not true. On the day of Ashura, Imam Hussain told John, a servant of the renowned companion Hadrat Abu Dhar: “You have accompanied us all the way but now you may go.” John replied: “It is not fair that I benefit from your company and hospitality but abandon you in your hardship.” His attitude exemplifies fidelity, loyalty and true friendship.

Participation of the Ladies

Without Lady Zainab’s participation in Karbala, the mission of Imam Hussain could not have been fulfilled.

The Pleasure of Allah

The objective of all believers should be to please Almighty Allah. Imam Hussain said in one of his speeches that the only objective of the Prophet’s Holy Household (peace be upon them) is to please Allah. Whenever he saw family members martyred, he would utter: “It’s bearable only because Allah is its witness.”

Giving Preference to the Needs of Others

In Islamic terminology, giving preference to the needs of others is referred to as Ithaar. On the day of Ashura, the actions of Hadrat Abbas, brother of Imam Hussain, exemplify Ithaar. Hadrat Abbas fought bravely to gain access to the water of Euphrates. He gave no consideration to his own thirst but strove instead to bring water to the tents for the women and children.

Allah tells us in the Holy Qur’an that only those who remain patient will receive reward without measure. Imam Hussain, a living example of what the Qur’an taught, was happy to “remain patient” in hardship and endurance and to await his Lords reward. His patience wasn’t out of weakness or helplessness, but it was a demonstration of his steadfastness and bravery. Those who saw the Imam on the day of Ashura reported. “We have never seen a man remaining as composed as Imam Hussain, whereas his relatives and children were slaughtered before his eyes.”

Imam Hussain declared in a speech that the only objective of seeking this reform was to emphasize the significance of Amr bil-Ma’roof and Nahi-anil-Munkar (Enjoining good and forbidding evil).

Use of Lawful Means to Reach a Goal

Imam Hussain tried to stop Umar ibn Sa’ad from pursuing his evil objectives. He said to him: “You are promised the government of Ray (modern-day Tehran), yet you will never eat the wheat of that area.” Ibn Sa’ad responded: “Its barley will suffice!” Realizing that he couldn’t change Ibn Sa’ad’s mind, Imam Hussain said: “Those who use unlawful means to achieve their objectives never attain them.”

After the tragedy of Ashura, women and children became prisoners of war and were taken first from Karbala to Kufa, and then to Damascus. They were tortured en route and forced to walk behind the soldiers who carried the heads of Imam Hussain and his companions mounted on spears. When they arrived at Yazid’s headquarter in Damascus, Imam Sajjad (peace be upon him) asked that the heads be removed from the proximity of the women and children in order to protect them from spectators.