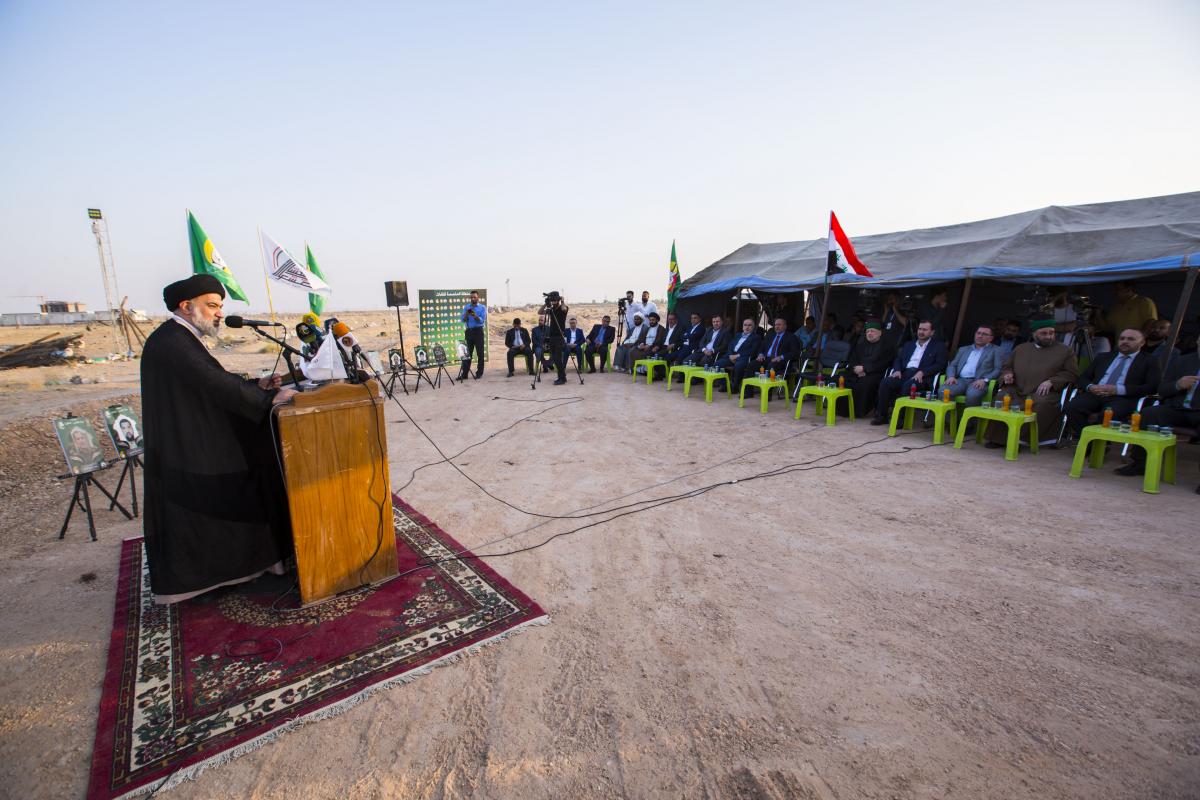 Then came the speech of the representative of the Supreme Religious Authority Sayed Ahmad al-Safi, in which he pointed out the continuous guidance and support provided by Grand Ayatollah Sistani to the families of martyrs.

At the end of the ceremony, al-Safi prayed for the families of martyrs and laid the cornerstone of al-Wafaa Residential Complex.

Al-Abbas Combat Division is affiliated with the Holy Shrine of al-Abbas.