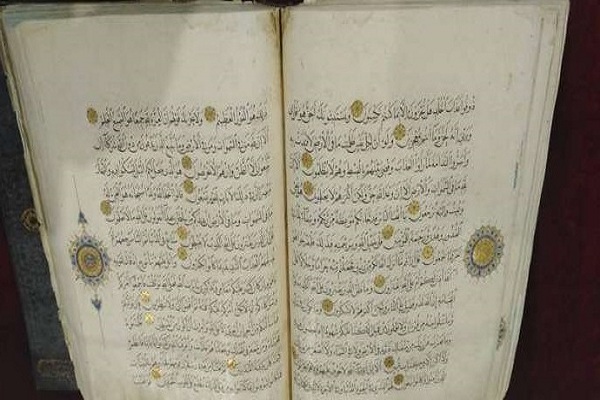 An exhibition of a Quran copy that dates back to 1579 was organized in Pljevlja, Montenegro during the 450th anniversary of the construction of the historic mosque of Hussein Pasha.

“This copy is invaluable as it’s one of the best examples of Quranic text in the Sandzak region because of its decorated intense colors which include gold, green blue and red,” explained Jakub Durgut, the mosque’s muezzin.

The Quran copy of the medieval Ottoman official Hussein Pasha Boljanic is preserved in the mosque built between 1573 and 1594, and the copy is considered as one of the most beautiful manuscripts of the Quran from the 16th century.

Durgut said, “The graphics of the copy are beautiful and large, and the ornament is varied. The book is in leather covers sized 39x 28.5 cm and a thickness of 15 cm. The weight is about five kg.”

Pljevlja, where the exhibit has taken place, is the region’s second largest city with 31,060 people in which the majority of whom are Muslim Bosniaks.

Message to Iraqi government to support orphans, families of martyred and wounded