Father Martin: If it were not for the Shia, Iraqi Christians would have become extinct 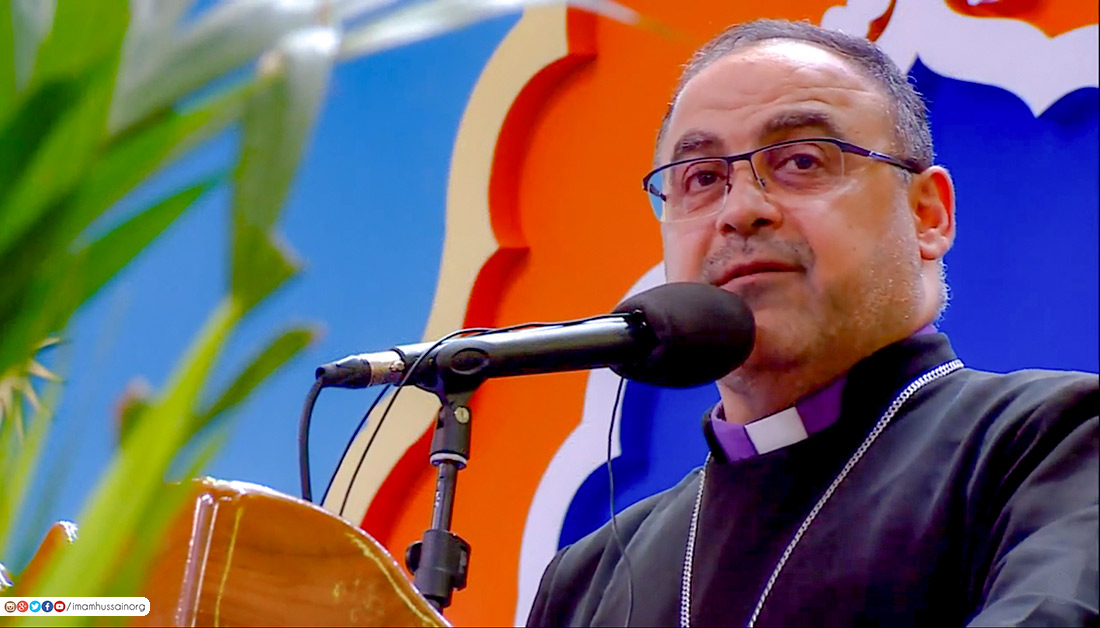 The Iraqi Father Martin Hermez David was one of the participants in the commemoration ceremony for the centennial anniversary (14th century) of the martyrdom of Imam Ali ibn Abi Talib held at his holy shrine in Najaf.

“We always pray for the Shia, if it were not for them, Iraqi Christians would have become extinct,” said the Father in his speech, which was attended by the Secretary-General of the Holy Shrine, Yousuf al-Sheikh Radhi and representatives of holy shrines, representatives of Supreme Religious Authorities, and academicians from different religions.

In Picture: Kufa Mosque 14 centuries after martyrdom of Imam Ali

Message to Iraqi government to support orphans, families of martyred and wounded