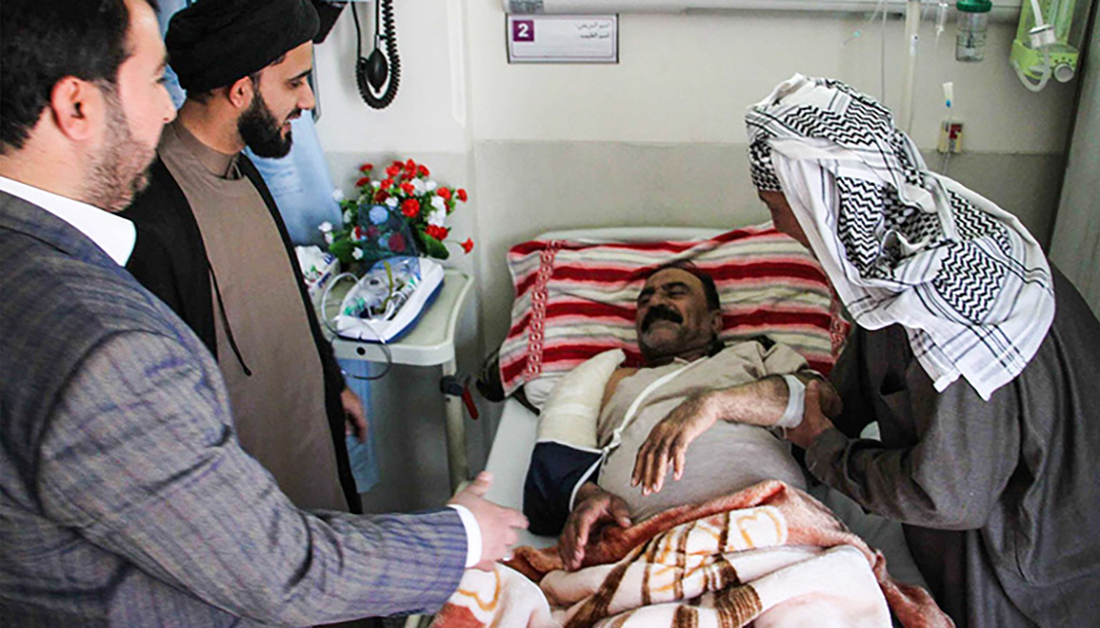 As soon as the war on ISIS began, after the call to arms against ISIS was issued by the Shia Muslim Supreme Religious Authority, His Eminence sayyid Ali AlSistani, in 2014, it tipped the scales of war in favor of the Iraqis. And ever since the war broke out, the Imam Hussain Shrine began to support the families of the martyred and wounded paramilitaries.

Until the end of 2014, the Imam Hussain Shrine established a division and then a department “Martyred and Wounded Paramilitary Family Care” to support those families.

The department began collecting information about the paramilitaries – who volunteered to fight ISIS – and allocated an amount of money up to approximately $8.000 to every family of a martyr, in addition to treating the casualties in Iraq and abroad.

Emad EjJeshe’mey, department media director, said, “There are several programs to support the families of the martyred and wounded paramilitaries: renovating their houses, building new houses for those who don't have houses of their own, furnishing them, providing them with appliances, in addition to other programs, such as food stamp, Eid clothing, and school supplies.”

He said further that the department set up other important programs for the children of the martyrs, such as workshops, education, skill improvement, rewarding high-achieving students, and school trips to shrines inside and outside Iraq.

Not only did the department treat the wounded of the popular mobilization forces, but it also treated soldiers affiliated with the Iraqi Ministry of Defense and the Ministry of Interior by providing them with medicine and helping them undergo surgeries.

Statistics issued by the Martyred and Wounded Paramilitary Family Care Department showed that approximately $6.000.000 was spent on the families and the wounded paramilitaries.

After three and a half years of constant, fierce battle against ISIS, the Iraqi forces achieved victory, and that didn’t end the Imam Hussain Shrine’s support to the families and the wounded paramilitaries.