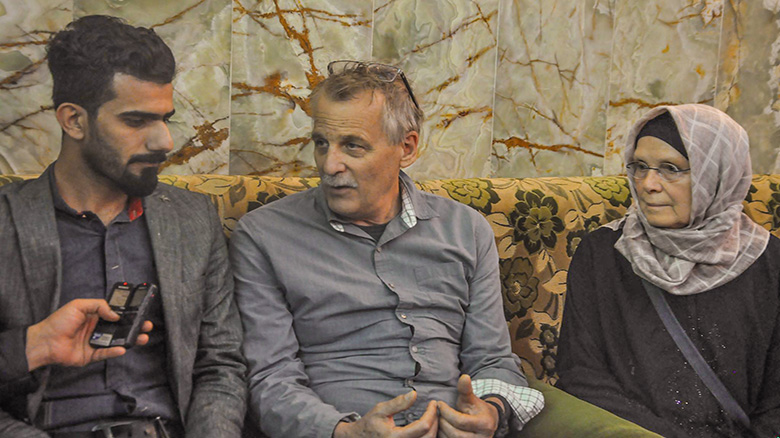 An American Christian couple: Dr. Jack Pence and his wife – from Minnesota State – visited Imam Hussein Shrine in the holy city of Kerbela.

Pence said – in an interview – that some Americans fear coming to Iraq due to what the mass media is portraying by conveying only the unpleasant events that take place in Iraq.

He said further that, “The mass media says that Iraq is completely destroyed and full of violence, and this is not true and the opposite of what we have just seen. We have found a great unity between the Iraqi social spectrum. Therefore, this image some Americans have about Iraq should be corrected, and they should get to know the good things and how peaceful Iraq is.”

He added that they visited Urr ruins, the city of Najaf, and the city of Kerbela where they found their interesting archeological sites.

This is – of course – not the first visit made by people from different countries around the world, but many figures have visited Iraq and realized the sense of peaceful coexistence.