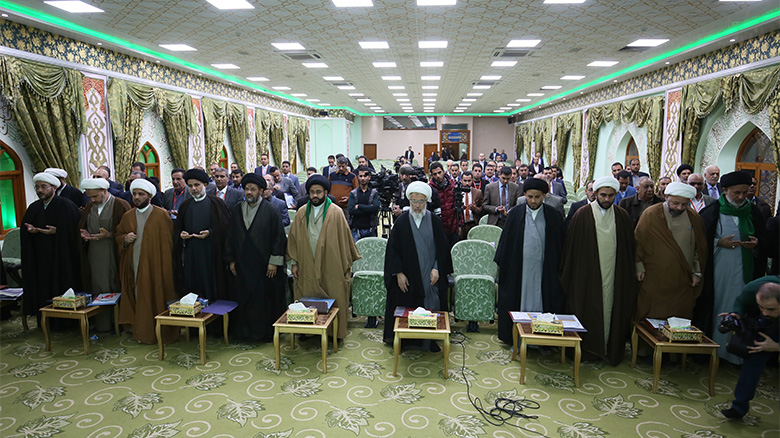 The Peak of Eloquence Foundation for Studies of Imam Hussein Shrine held the Second Annual Conference on Imam Ali's (Peace Be Upon Him) method.

The conference carried the title “The method of Imam Ali (Peace Be Upon Him) of building humanity and the country’s humanitarianism” was held at Imam Hussein Shrine on Saturday 2, December 2017.

The custodian of Imam Hussein Shrine sheikh Abdul-Mehdi El-Kerbela’ey delivered the inaugural speech in which he said, “After reviewing the researches submitted to the committee of the conference, we have realized that the researches have almost covered all the dimensions mentioned in the book The Peak of Eloquence by Imam Ali (Peace Be Upon Him).”

He also hoped that there will be some steps to adopt the researches socially and politically, in addition to activating them scientifically and institutionally in order for the society to know the importance of the method of Imam Ali (Peace Be Upon Him).

He said further that it is important to let the other Islamic denominations and others who are subscribed to different religions know about this humanitarian method.

Sayyid Nebeel El-Heseni, head of committee of Peak of Eloquence Conference, said the conference received 120 researches that dealt with 7 important topics such as “The influence of globalism on the youth in terms of intellectuality, belief, and woman.”