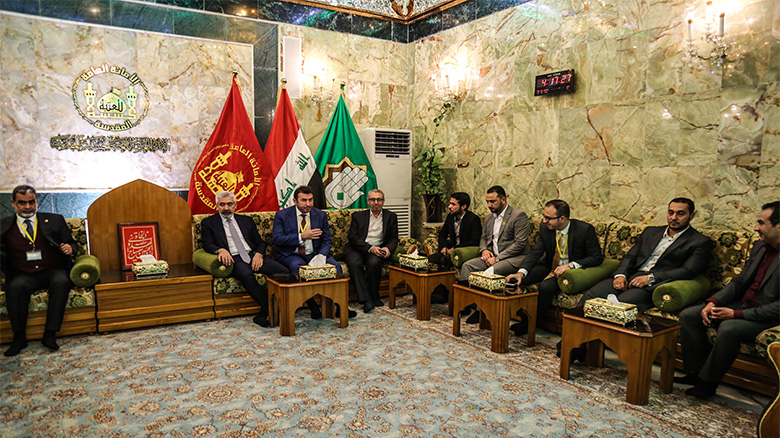 A group of the Turkish parliament has recently visited Imam Hussein Shrine. Nehmed Ghalib Aughlu, parliament member, said, “We have been raised hearing the deplorable tribulations of the Ahlul-Bayet (Peace Be Upon Them), and what they went through is a great lesson for us to learn.”

He also said, “We have attended Imam Hussein Shrine to experience the greatness God has bestowed upon this revolutionary man and prodigious leader “Imam Hussein” (Peace Be Upon Him) from whose martyrdom the humanity should learn a great lesson.”

He added that the purpose of their visit was also to develop the relation between Iraq and Turkey, advising that Muslims should be committed to the Islamic teachings, abandon racial conflicts, and discard the groups that call for defaming the Islamic reputation.