The birth site of Prophet Abraham 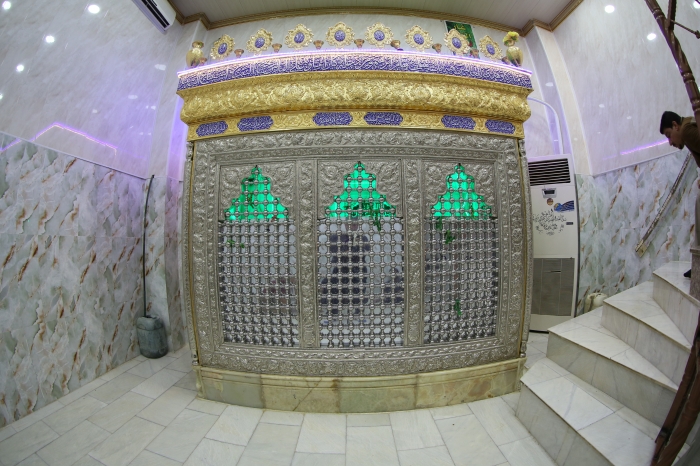 Iraq is one of the most treasured lands, containing many antiquities and holy sites. It is the land of many prophets and imams who disseminated the message of Allah while standing up for justice and rejecting the tyrants of their time.

One of these sites is located 10 miles away from the city center of Babylon and dates back to the year 1700 BC – the birth site of Prophet Abraham.

The site includes a green dome above a cave called The Light Cave - where the prophet was born.  Marble covers the inside of the cave and there is a wooden grille above the place of birth.

The visitor will witness a stone inside the wooden grille, it is said that this stone was used by the prophet’s mother to lock the cave because the astrologers of Nimrud had told him that a newborn would destroy his kingdom, so he ordered to kill every infant.

Not too far off, the visitor will see a hill and a group of boulders that mark the place where the Prophet Abraham was to be burned after the order of Nimrud, who at that time people worshipped because of his great power.

Nimrud insisted that he was the Lord and was capable of doing whatever he desired, so Prophet Abraham asked him to rise the sun from the west if he is a real god, when Nimrud could not, he ordered to burn the prophet. This is when verse 69 of chapter 21 of the Holy Quran was revealed, “O fire, be coolness and safety upon Abraham.”

By the order of Allah, the prophet was not burned.