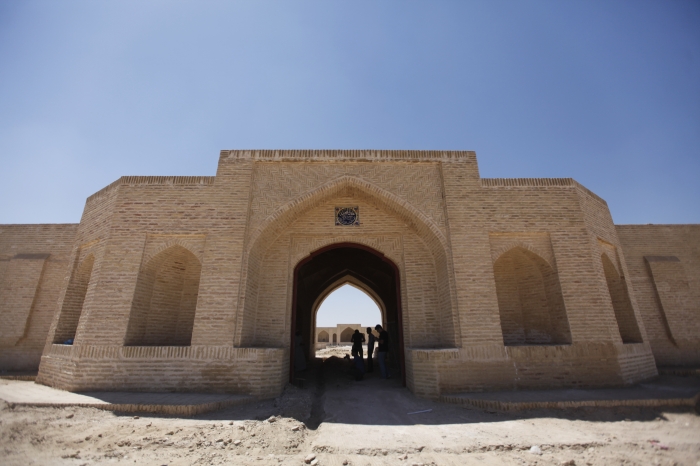 Twenty kilometers from the centre of the city of Karbala, in the direction of Najaf is located Khan Annikhaila or Khan al-Rub'u, a row of houses that were constructed during the Ottoman era by the great Suleiman Pasha. They were used as resting places for visitors between Basra and Syria. It was given the name Khan al-Rub'u, literary meaning ‘The Quarter’, due to its location being a quarter of the distance from Karbala to Najaf.  Above the main entrance on the east side is a large dome placed over an Islamic style of structure based on the Alawawins. It also contains pointed arches of a distinctive Islamic architectural type.

Our Identity: Significance of Religious Culture