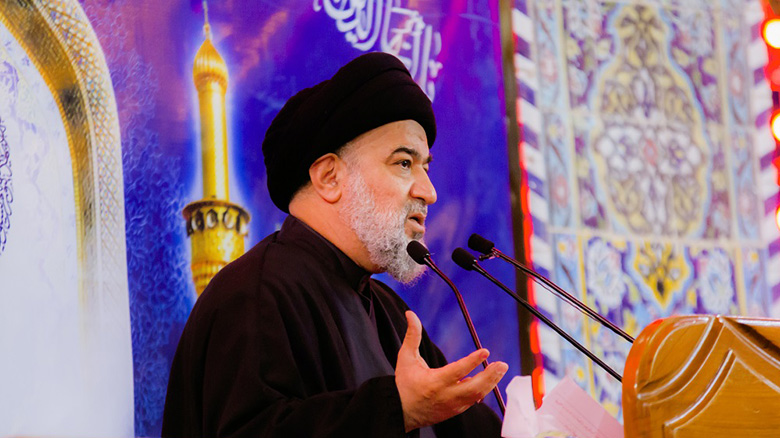 “When the Noble Quran talks about the destiny of the humanity, it wants to remind them of it, so they can gain more knowledge to work more and obtain certainty and assurance.”

He also said, “One of the most dangerous problems people are facing nowadays is wronging others, which is immoral.”

He said further that wronging a person is depriving them from their right of coexistence, belief, and work.

He added, “There are several reasons behind wronging others, and one of them is the predilection for expansionism; when people want be in power through which they wrong others, thinking no-one can stop them, for the henchmen they have.”

“The Noble Quran says that life is not a place for settling accounts with people, and says, ‘Indeed, your Lord is in observation,’ and ‘This Day every soul will be recompensed for what it earned,’” Es-Safi added.

He concluded his speech by saying, “Those who wrong others have no offices or titles that identify them as wrongdoers, but we (people in general) may wrong others in our everyday life. We may find a wrongdoer in a family, at work, in a political; economical, or managerial position. Beware of wronging others, for God says in the Noble Quran, ‘’ For the wrongdoers there will be no devoted friend and no intercessor [who is] obeyed.”