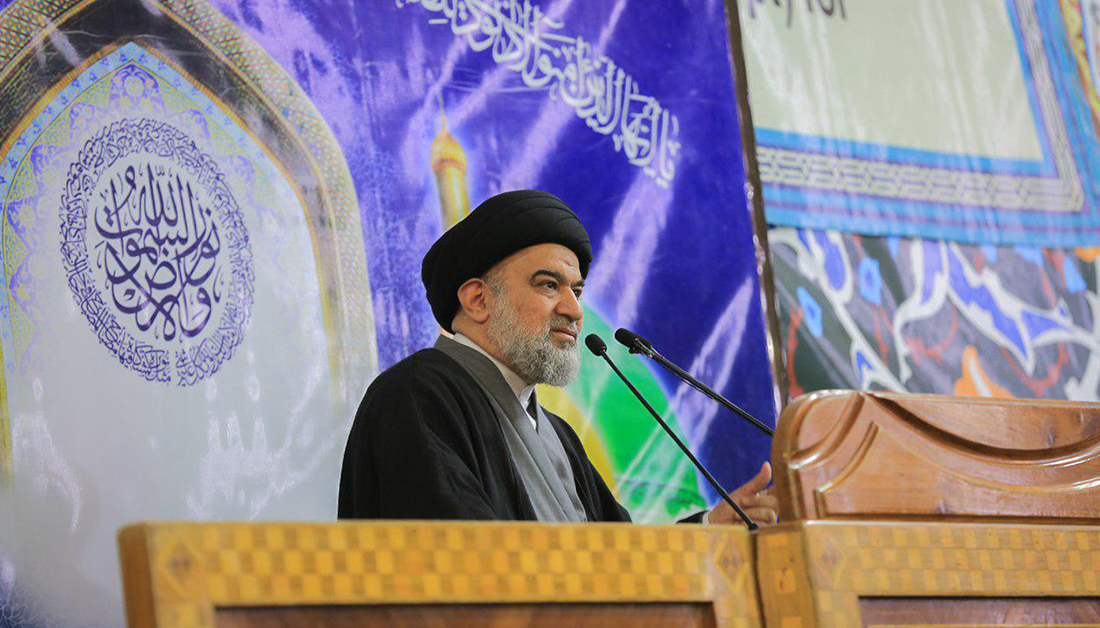 The representative of the Shia Muslim Supreme Religious Authority, sayyid Ahmed EsSafi, delivered the Friday’s sermon at the Imam Hussain Shrine on February 8, 2019, in which he talked about the educational system and role of family in society.

EsSafi said that students spend many years studying, starting from the elementary school to the university, during which they build their personalities.

EsSafi stressed the importance of sanctifying education as a profession, for it is one of the sacred duties in life, noting that it’s not a shame for the society to sanctify and honor educationists and teachers, but rather a necessity – the same thing is found in societies: a religious society honors things that are sacrosanct and defends them, and other societies sanctify and honor scientists and scholars.

He said further that those responsible for the educational system must realize that education is essential, and it must be dealt with professionally and scientifically.

EsSafi noted that family educates children for 6 years, sends them to school to study for about 20 years, and expects them to be mature and educated – and it’s inappropriate that the educational system does not educate them the way they should be.

If a teacher, EsSafi also added, encourages students to cheat, he or she helps to corrode the society – and when a student gets used to cheating, they will cheat even their children in the future.

He shed light on the role of family in terms of upbringing children, saying it is also the family’s responsibility to teach children ethics, adding that teachers ought to be provided with everything needed to perform their profession.

EsSafi concluded, addressing those in power, saying they must support the educational system and make sure it continues as it did in the past years.